We had a firm draw up some plans for our front and back yard about a year ago. Lyndsey and I had been struggling with the vision of what to do where in the yard.

Weekend 1
As we started laying out the bed, I realized that one of our sprinkler heads was going to be in the way. Since I was digging, we decided it would be nice to have drip irrigation in the bed (yes this serial dependancies thing snuck back in). So we ordered the parts we needed from Amazon. We grabbed the Bobcat and the Gator to start clearing out the top couple inches of soil so we could put in a good nutrient mix. There was a large amount of root traffic and mess that ended up taking a while. 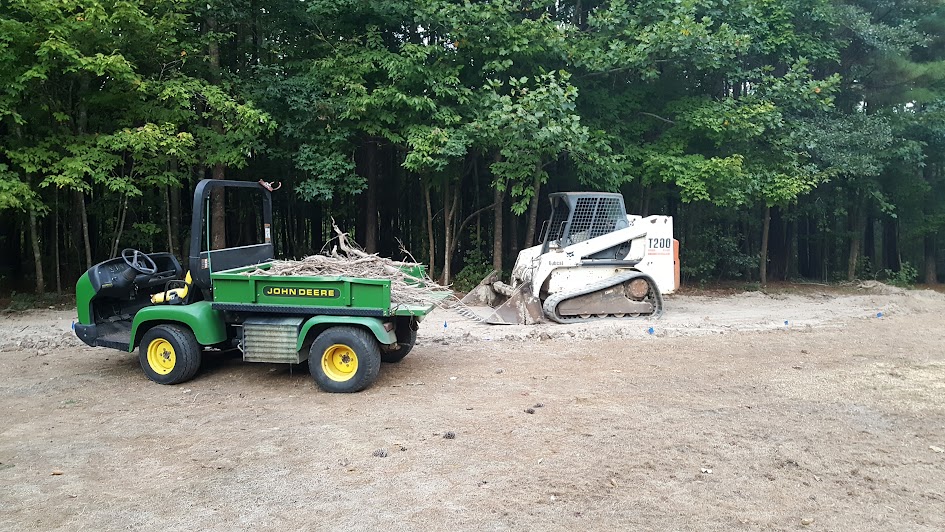 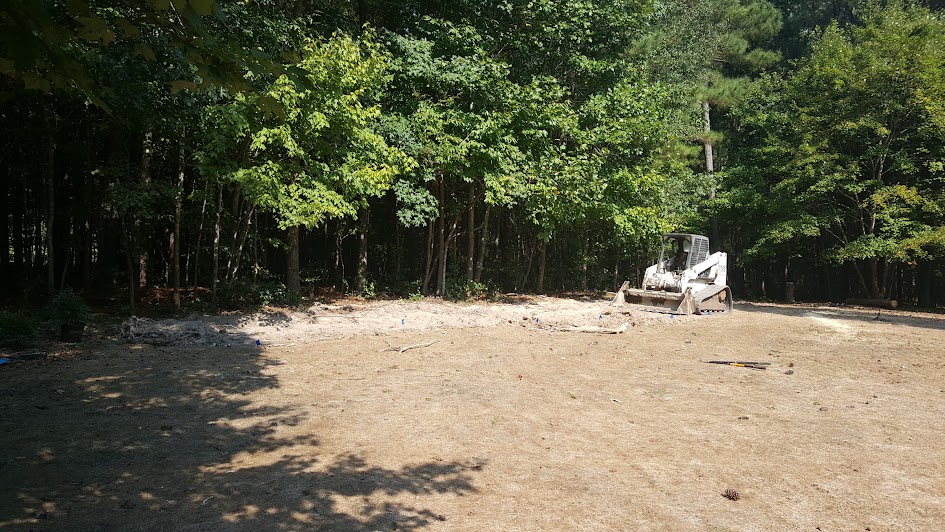 We ordered about 20 yards of top soil and had it dropped at the top of the yard earlier in the week and started spreading that using the Bobcat and Gator.

We also placed an order with the nursery and picked up the plants on Thursday so we could get the in the ground over the weekend. 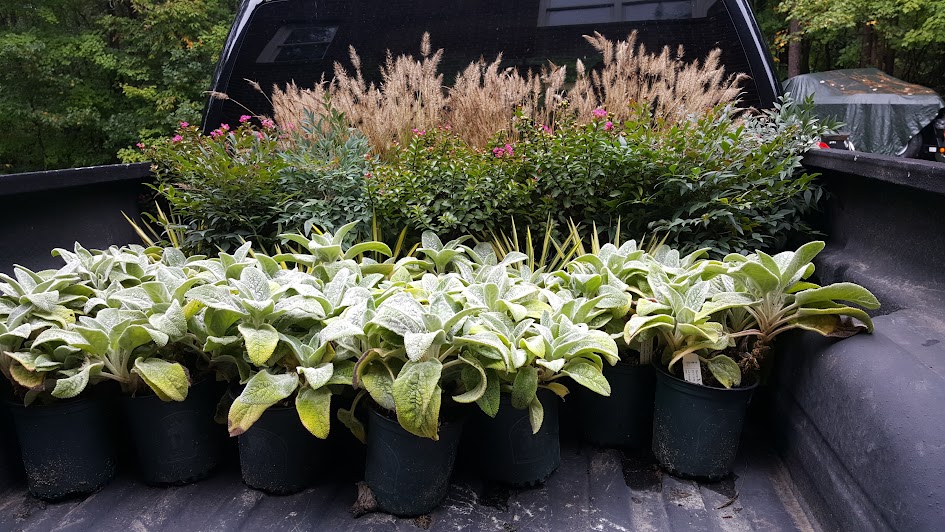 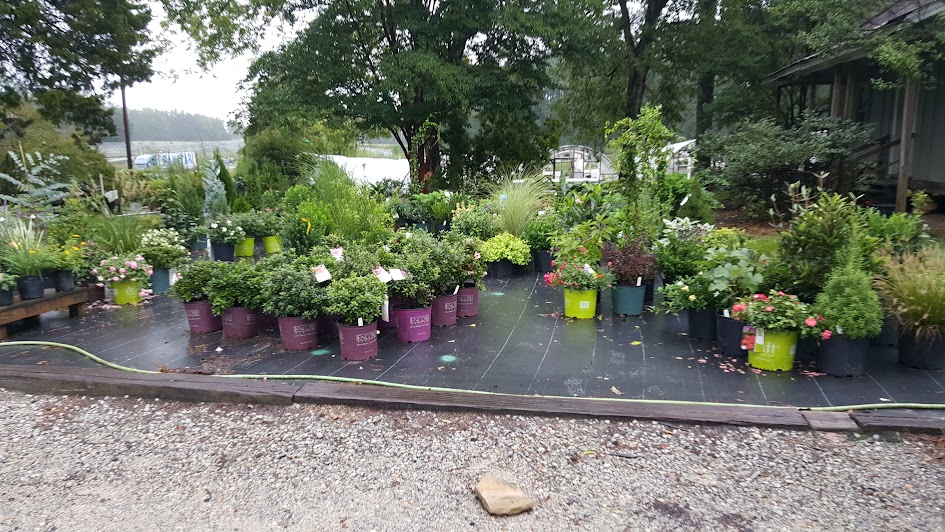 We started early Saturday getting tackling the irrigation first. It required cutting the main manifold line and then adding in another valve and line to the top of the bed. 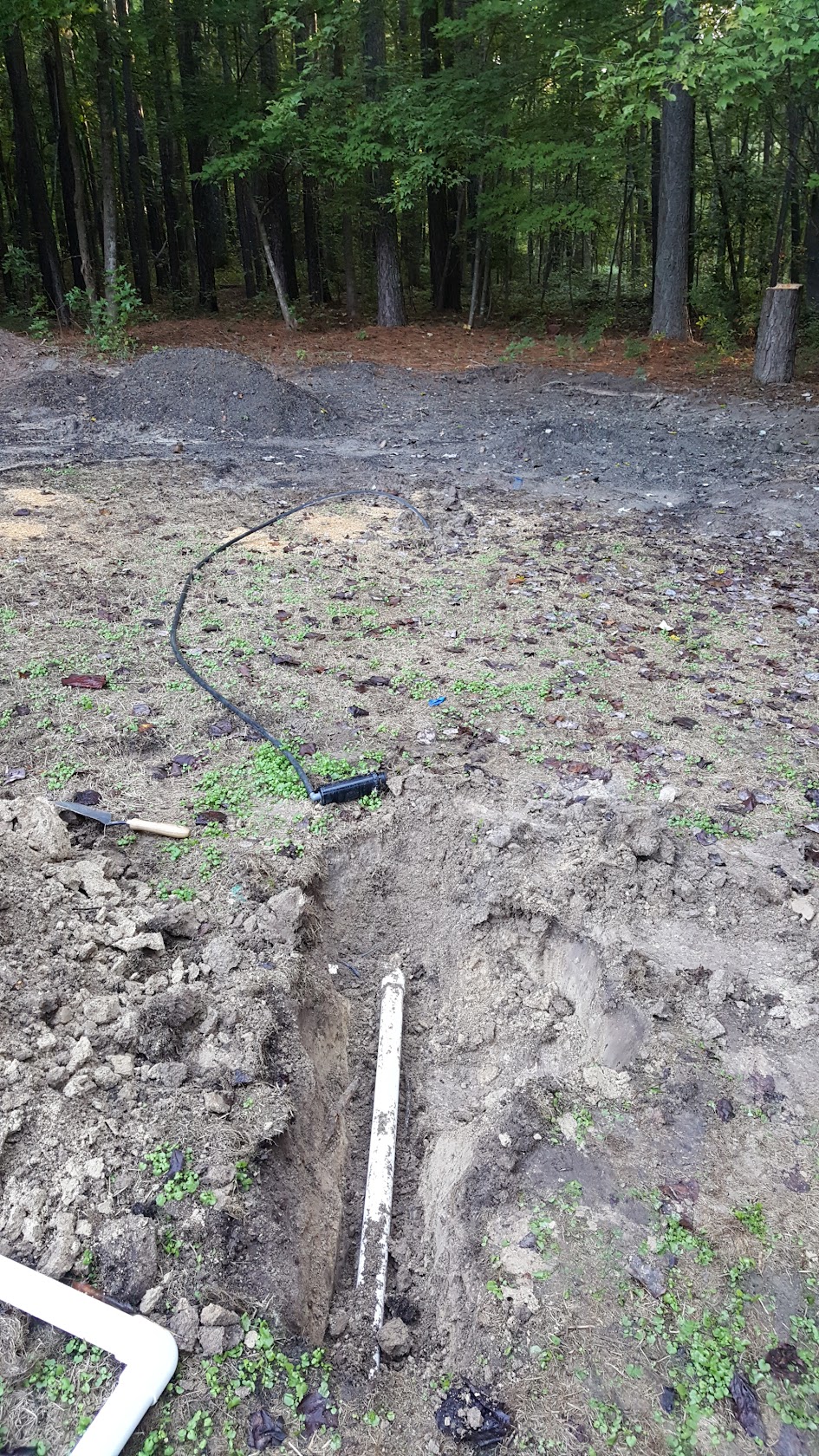 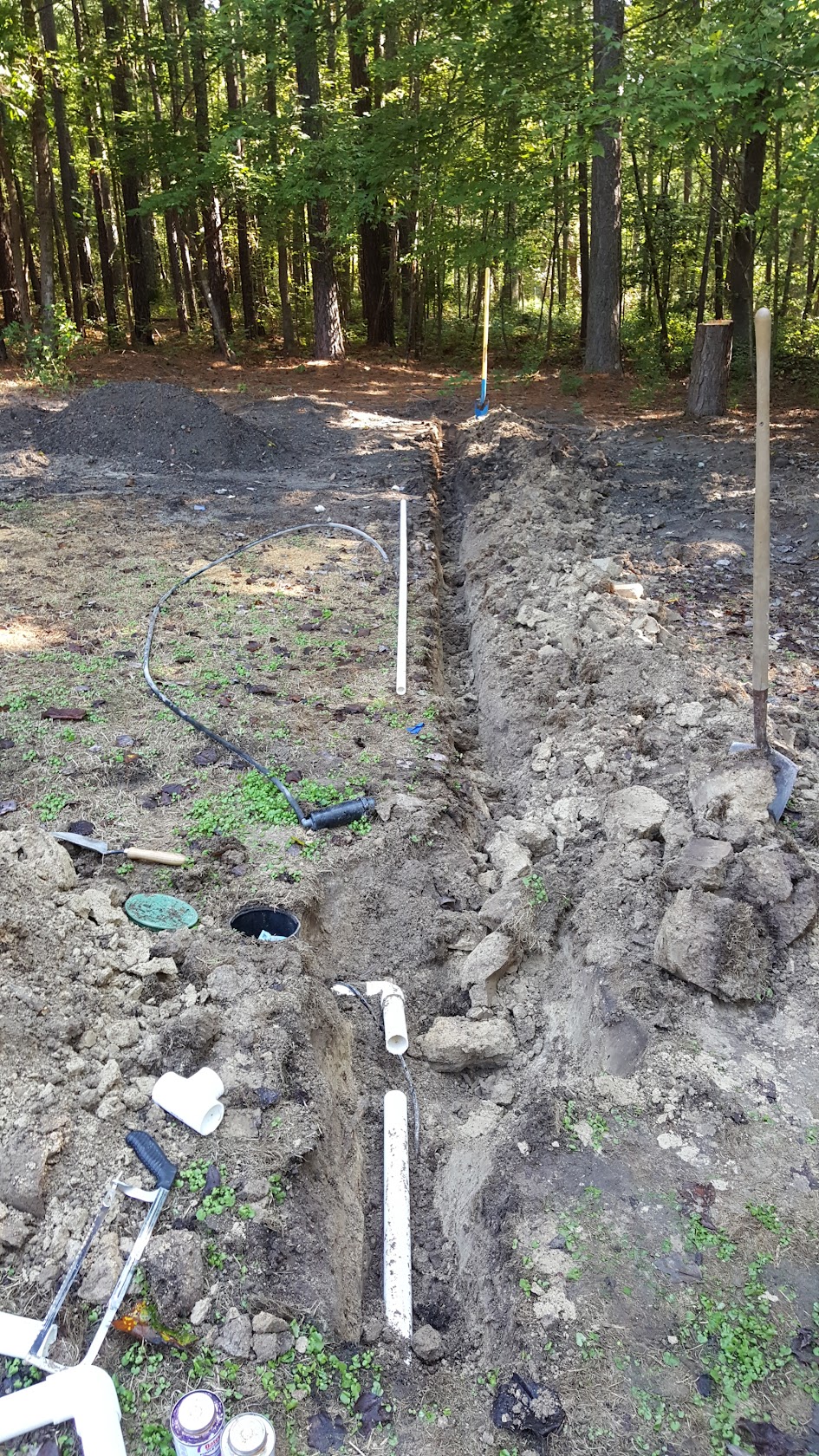 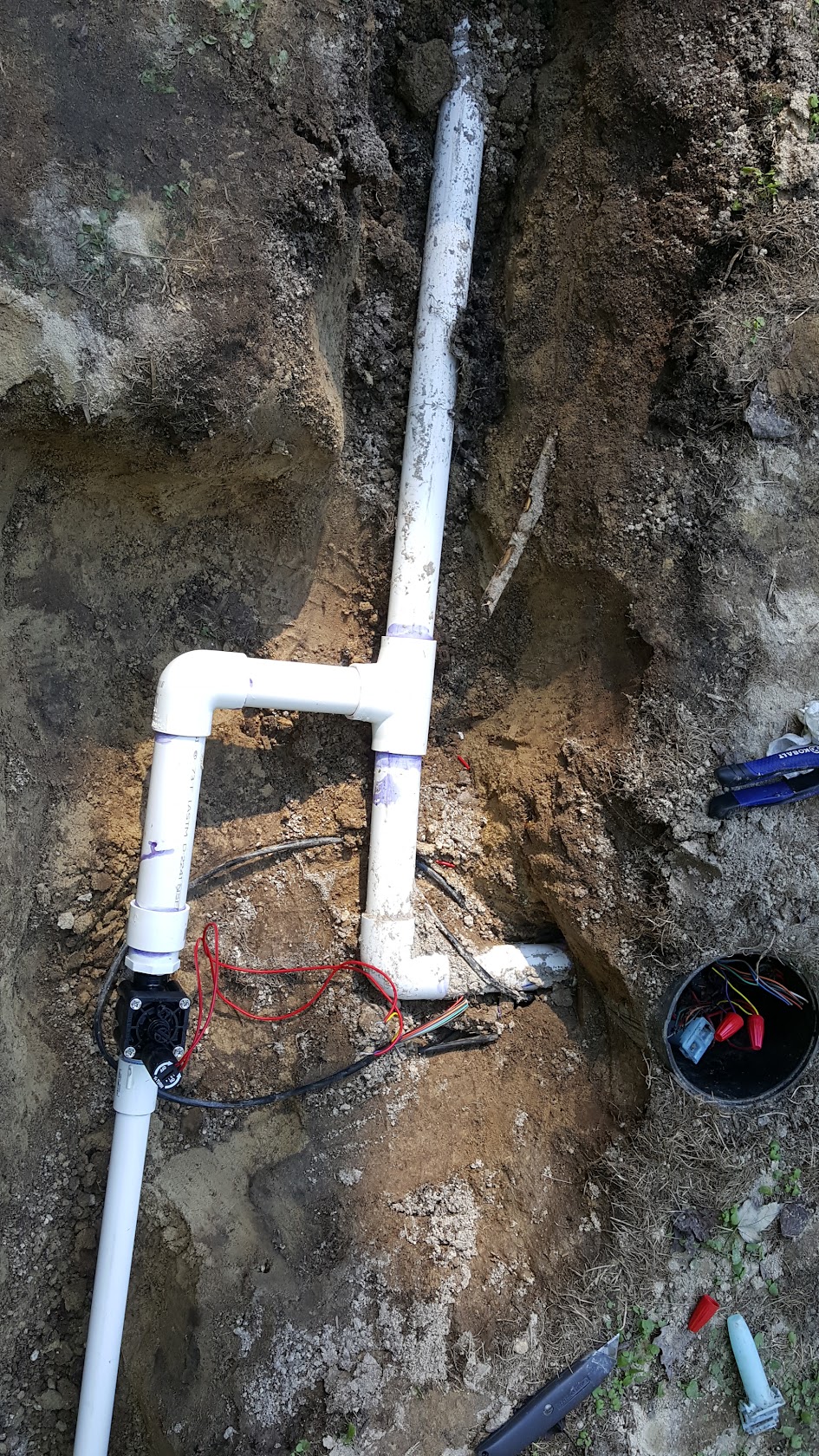 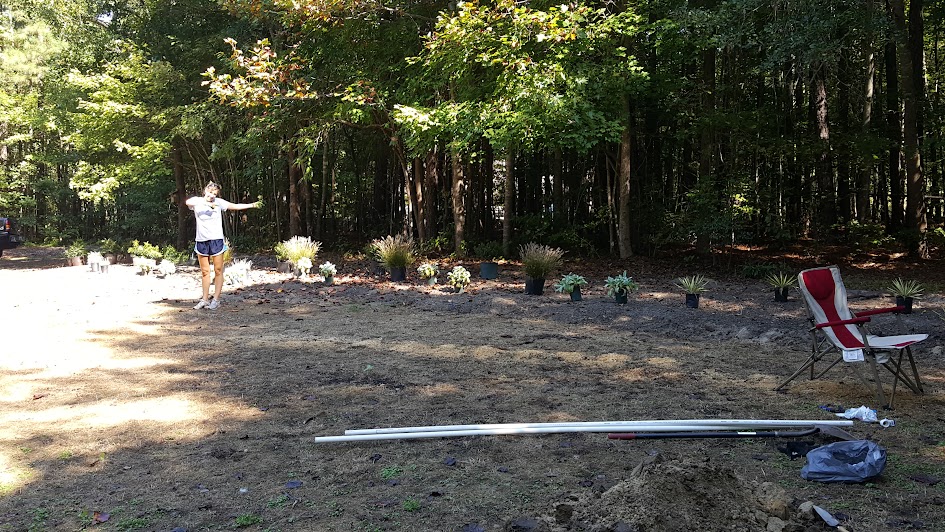 That left us thinking why not just go grab rock and give the edging a shot as well. We quickly hooked up the trailer and grabbed two pallets of stone before they closed at 2PM 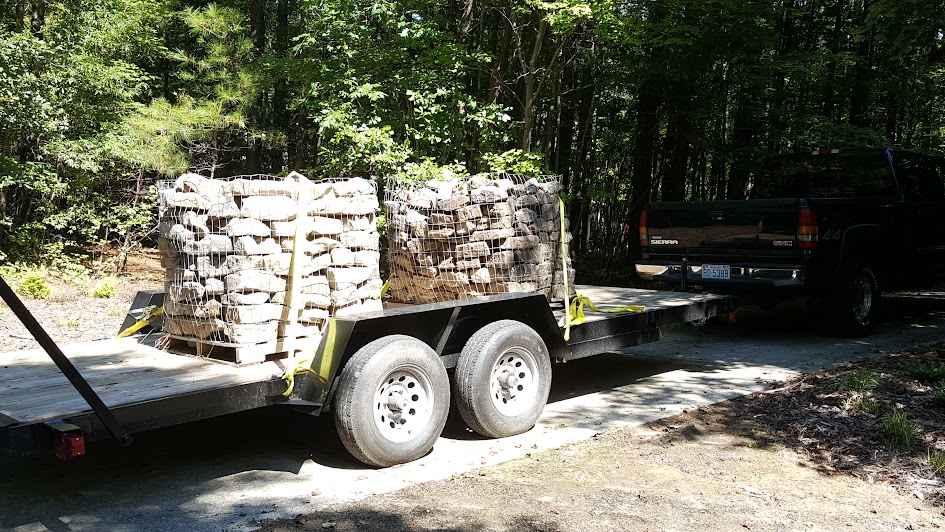 The process actually went pretty fast however. We were aiming for an irregular look, with some higher spots that could be seen from the house. 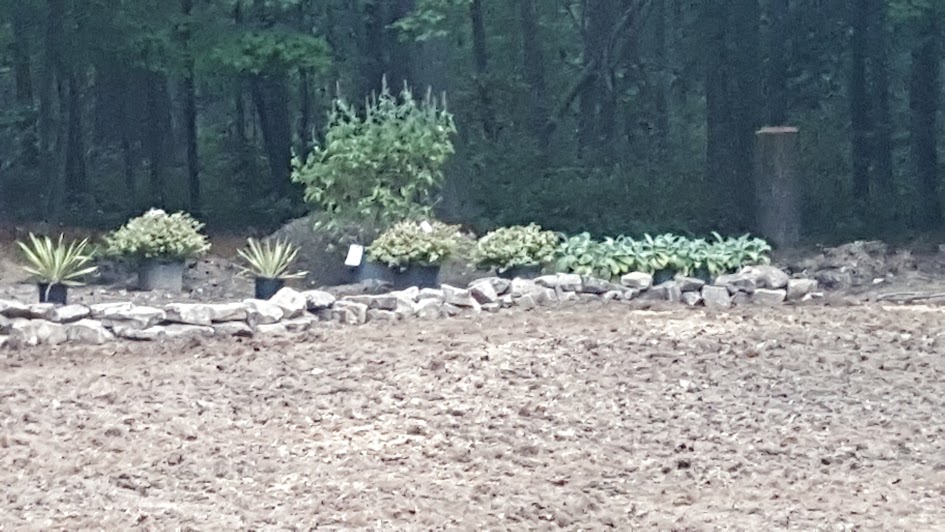 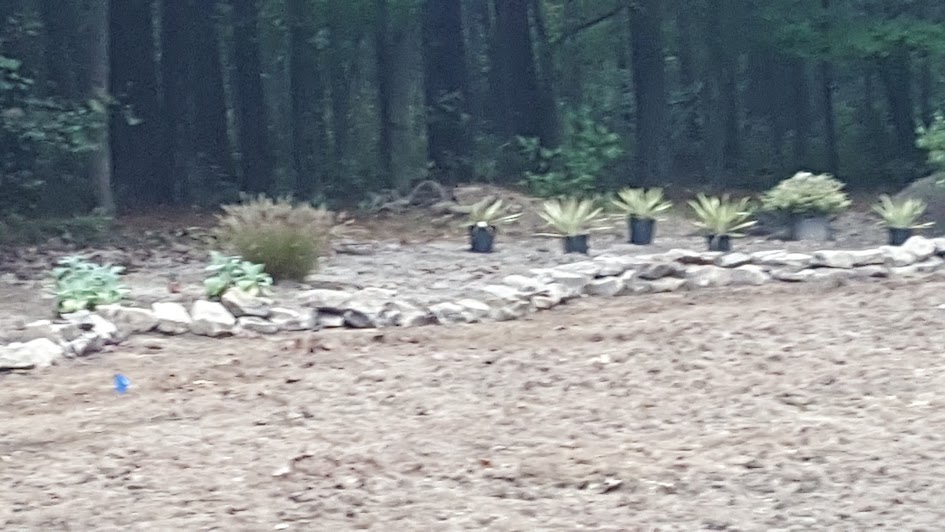 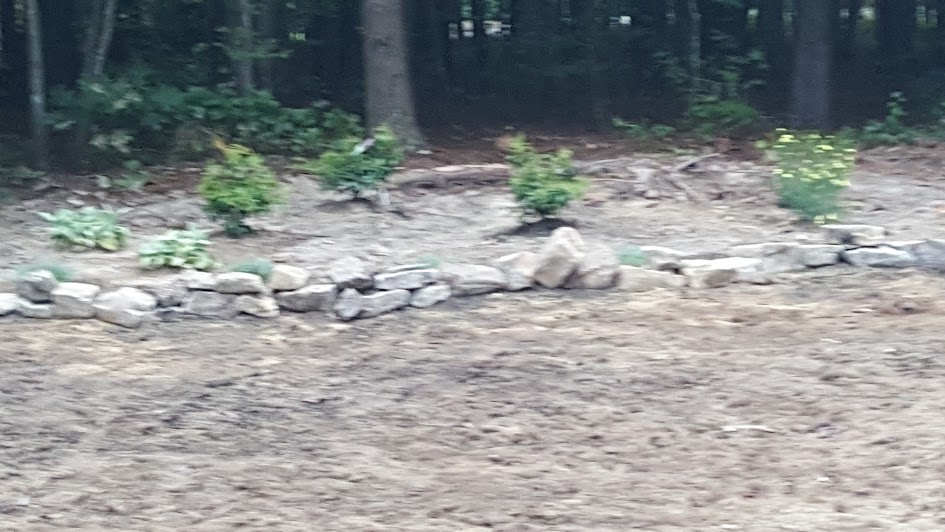 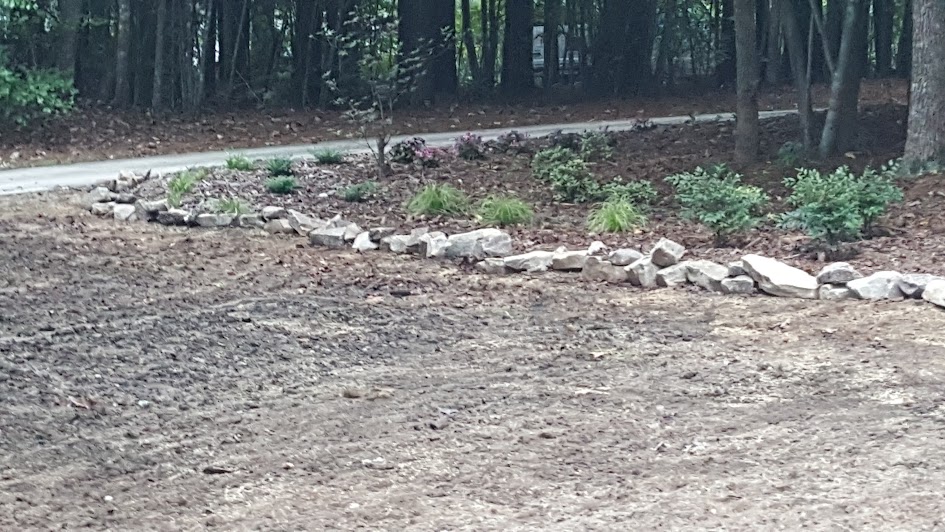 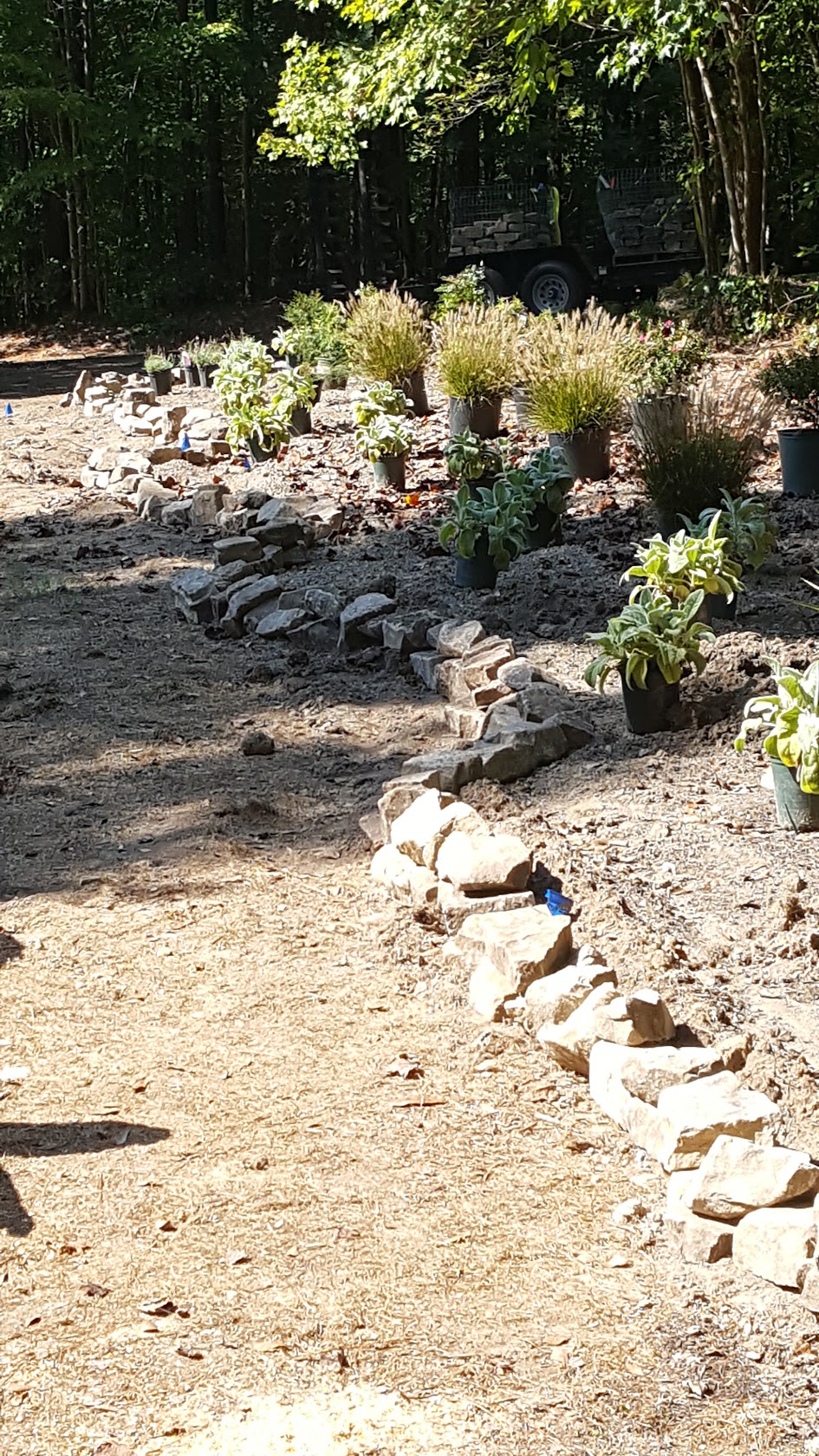 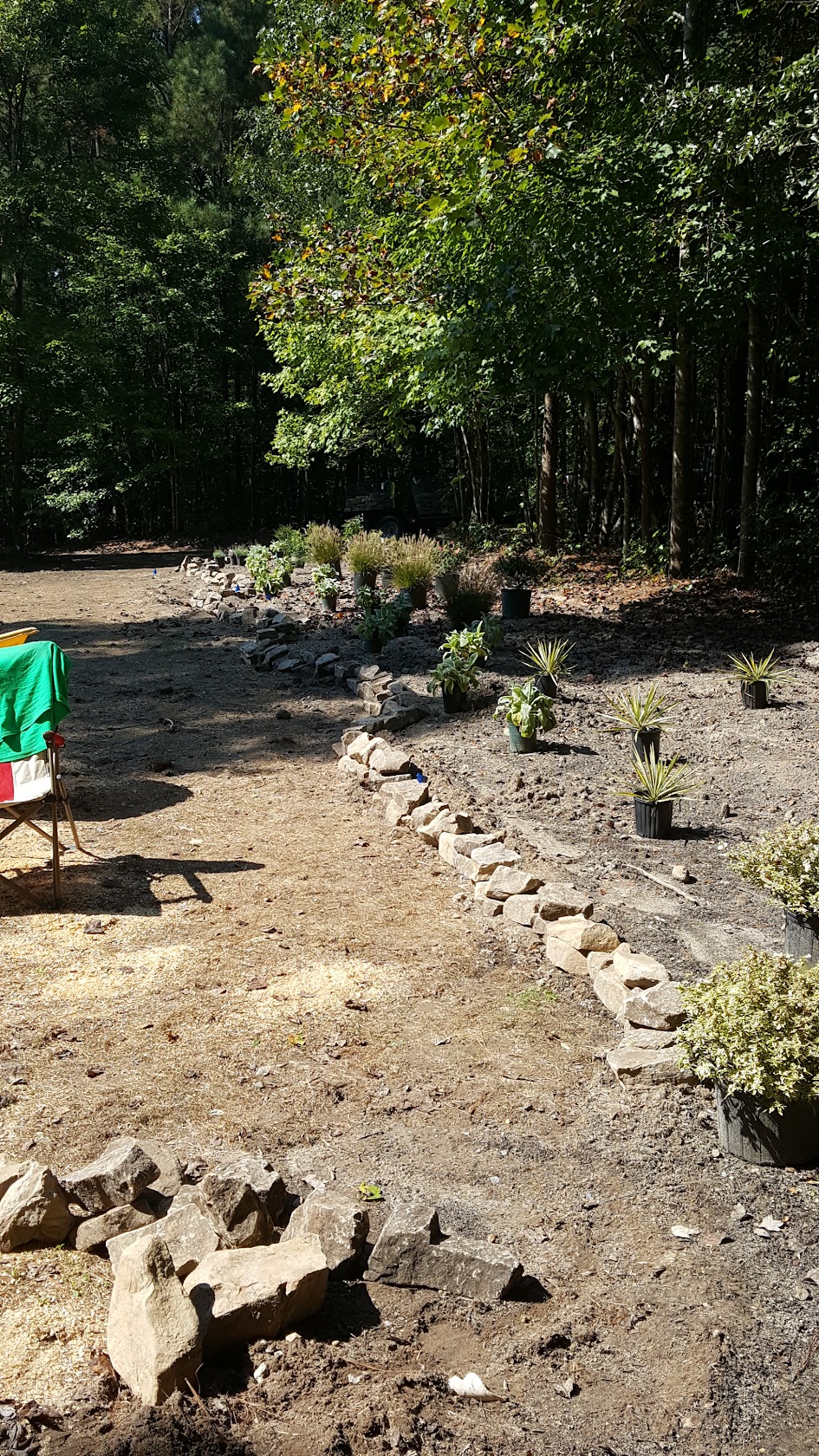 Once the top bed was taken care of, we turned our focus on a lower bed on the left side of the house. We had gotten enough rock and dirt to attempt it as well, and went to work. However, I remembered hitting our french drain with the trencher when we installed the irrigation the season before. Knowing things should be done right, I dug up the spot and pulled out the messed up pipe. I had watched the water flow down the yard and already decided this would be a great spot for a basin so we added that as well. 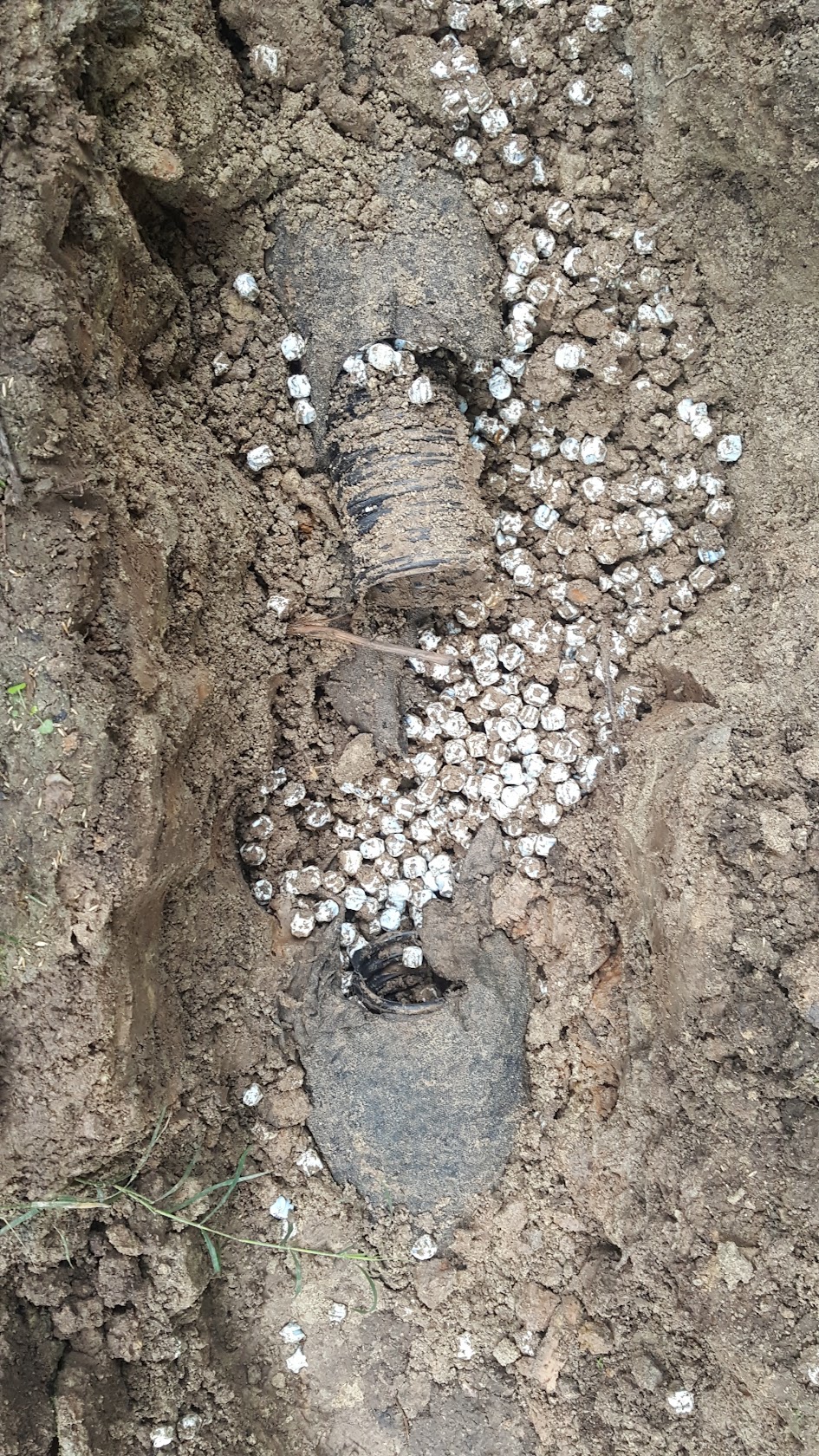 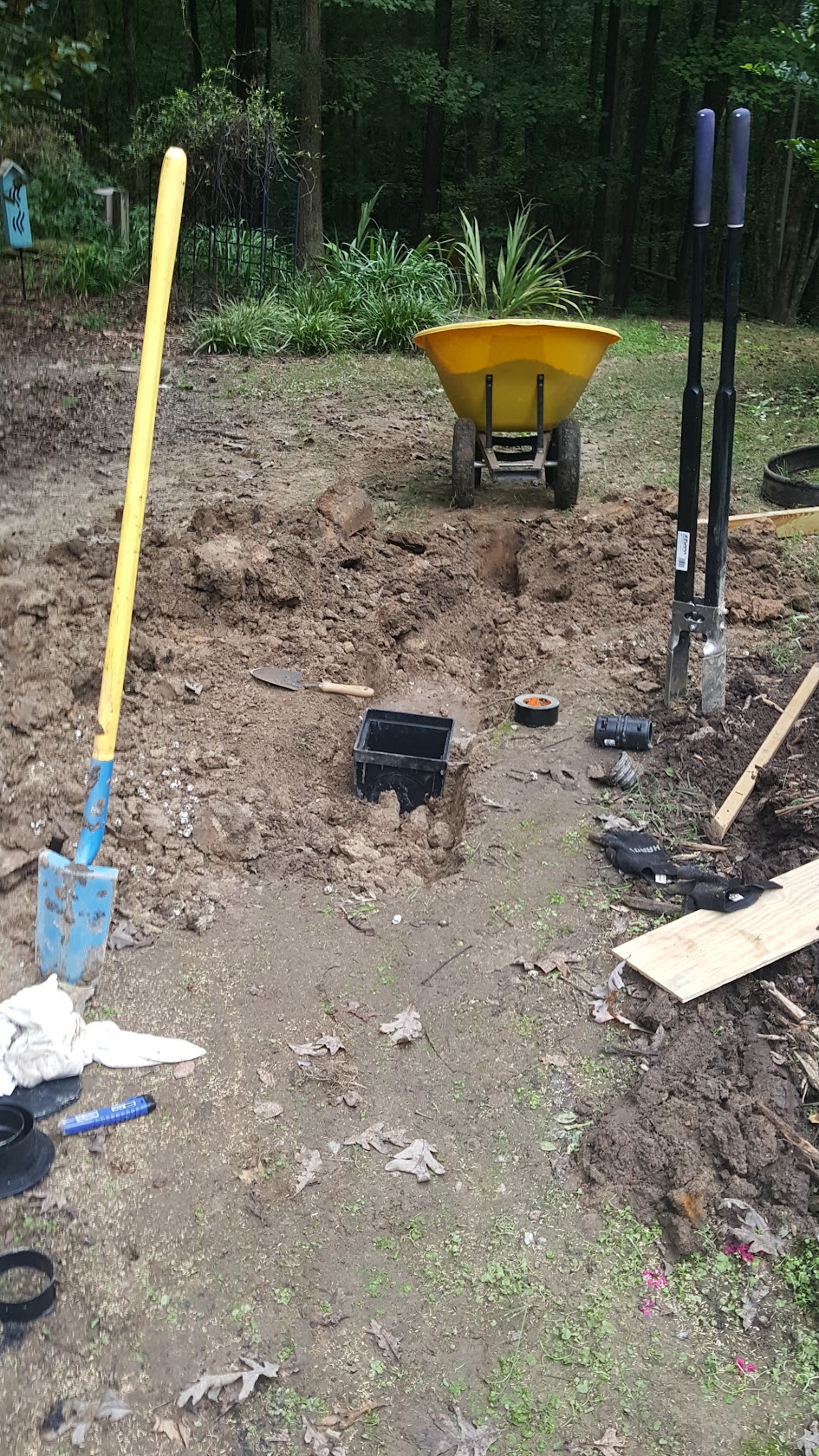 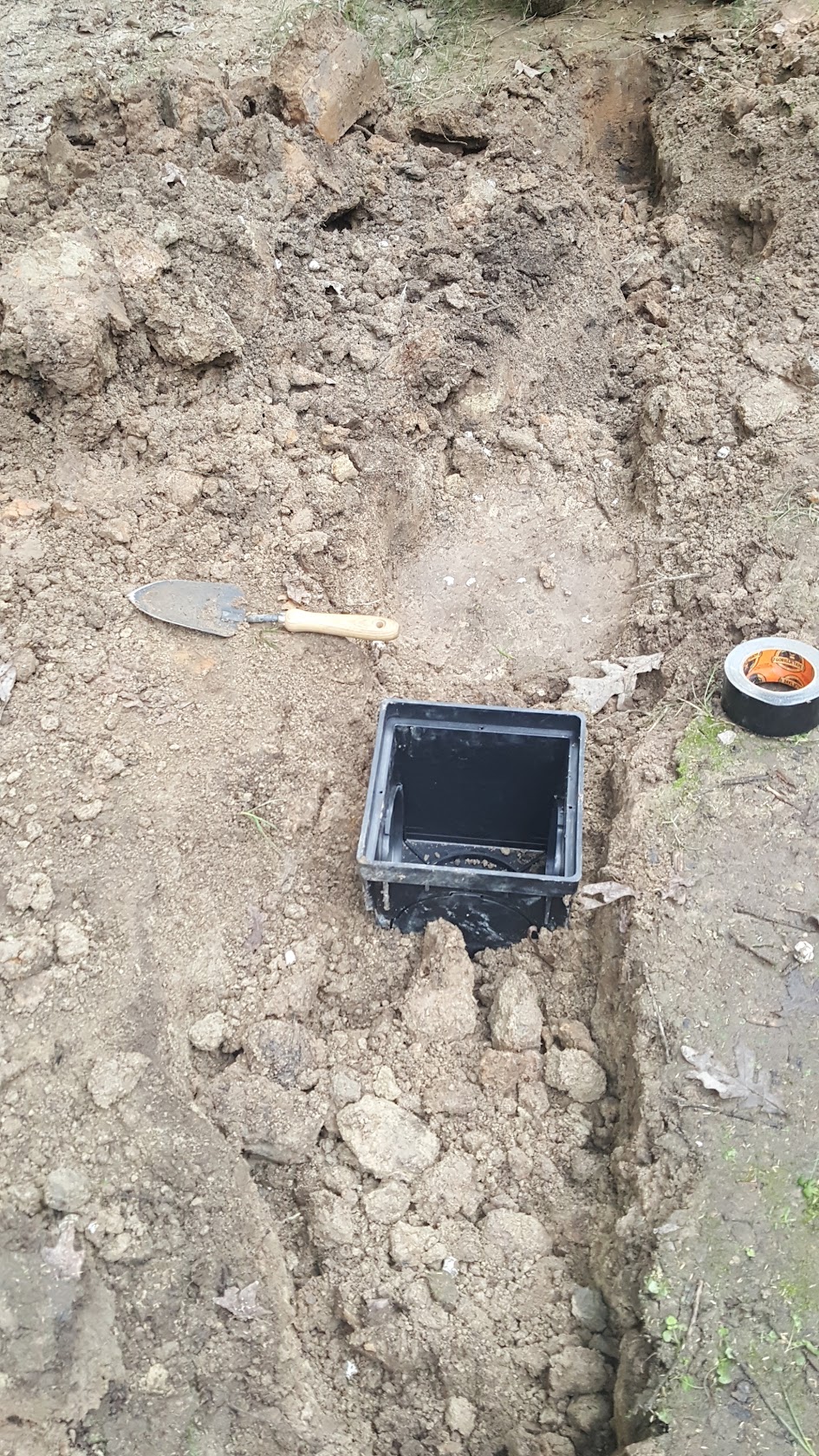 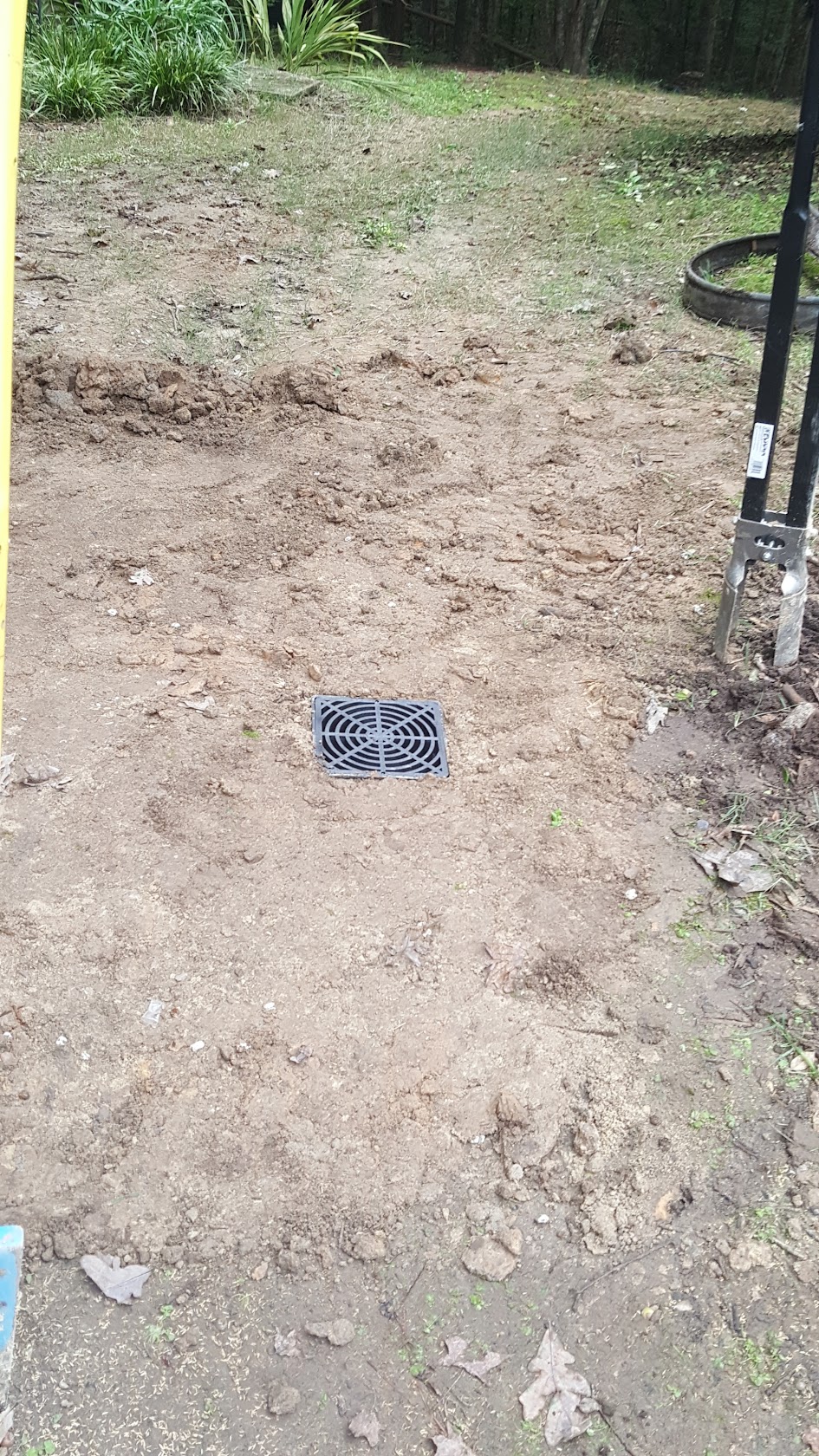 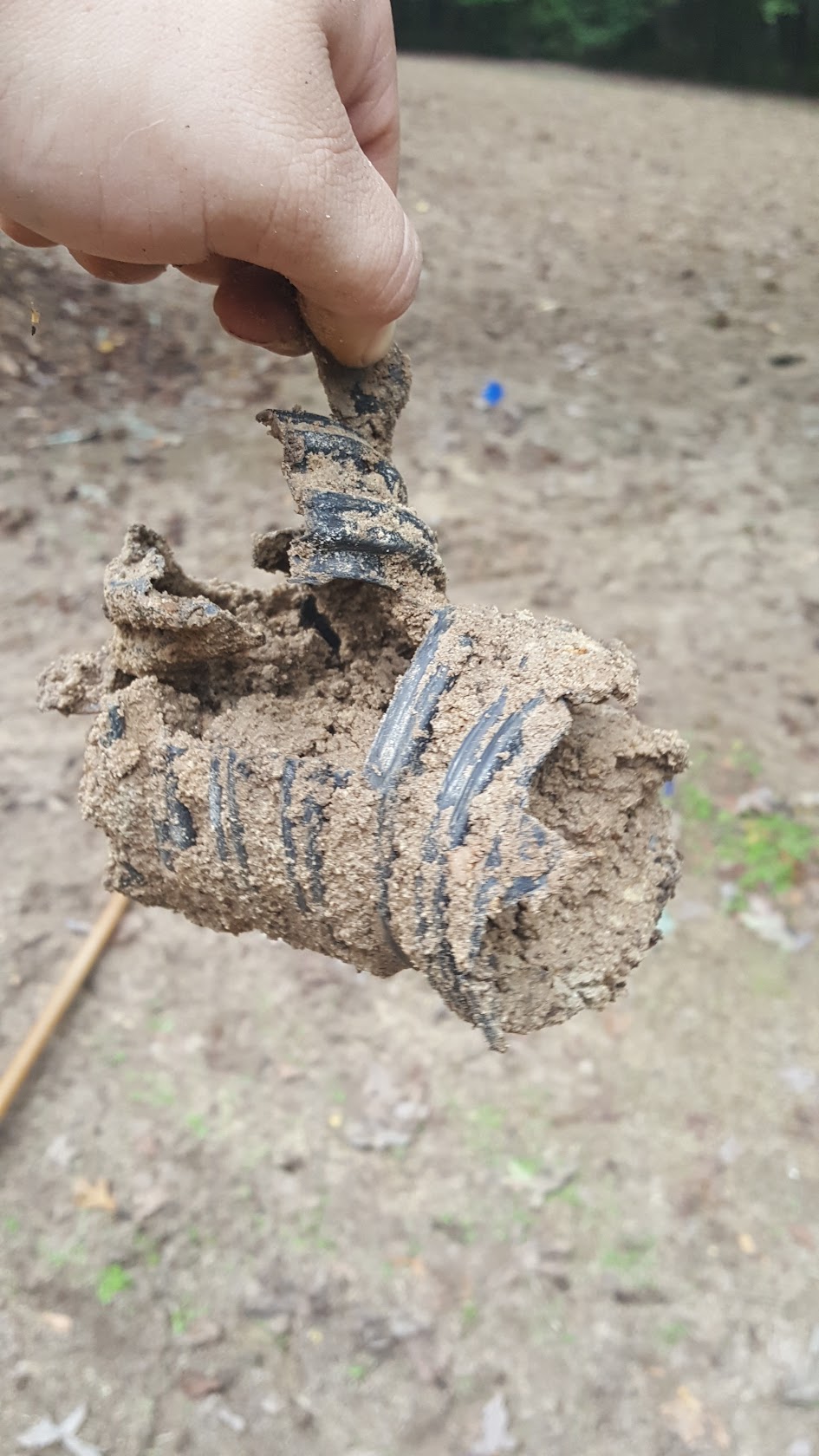 With the basin in place, we stared working in the bed itself. I needed to go from sidewalk level to about 20″ high on the far left and curve back around toward the rear. The plans here will include a set of stone steps leading down to the back yard as well as a small water feature near the septic area. 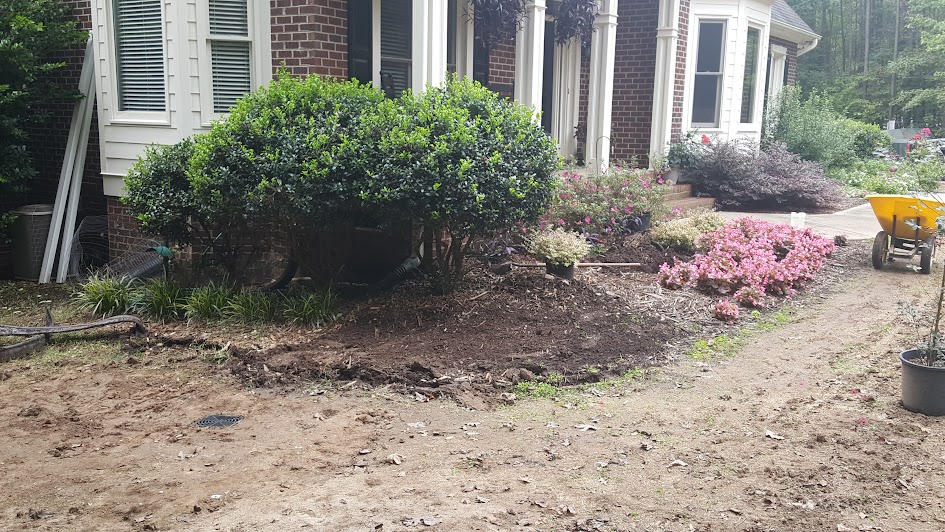 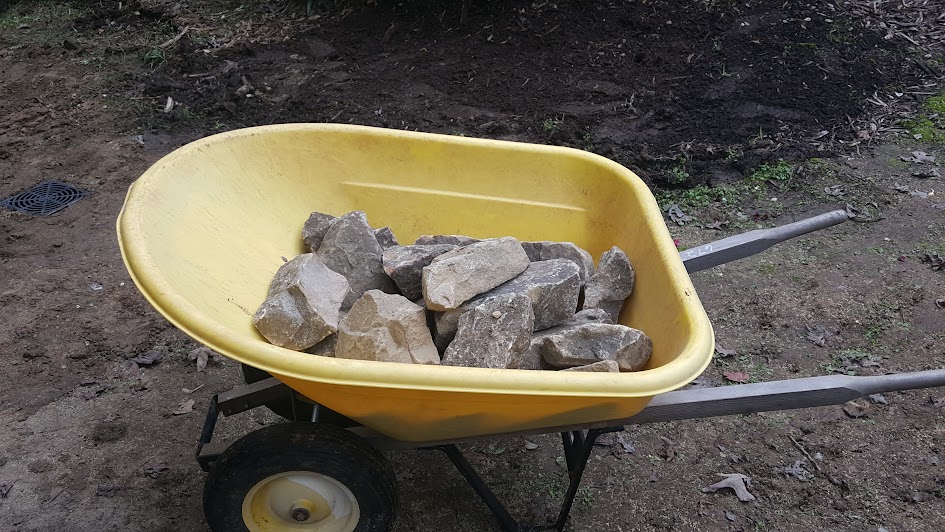 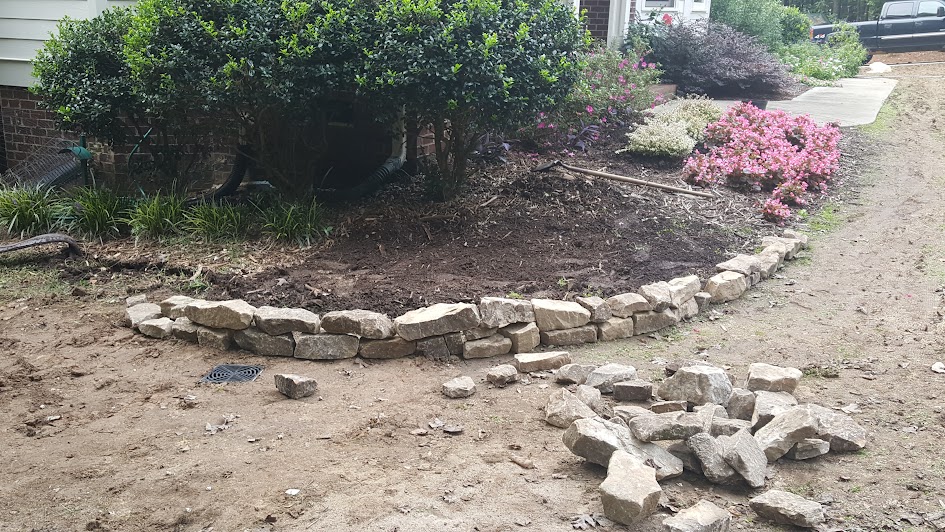 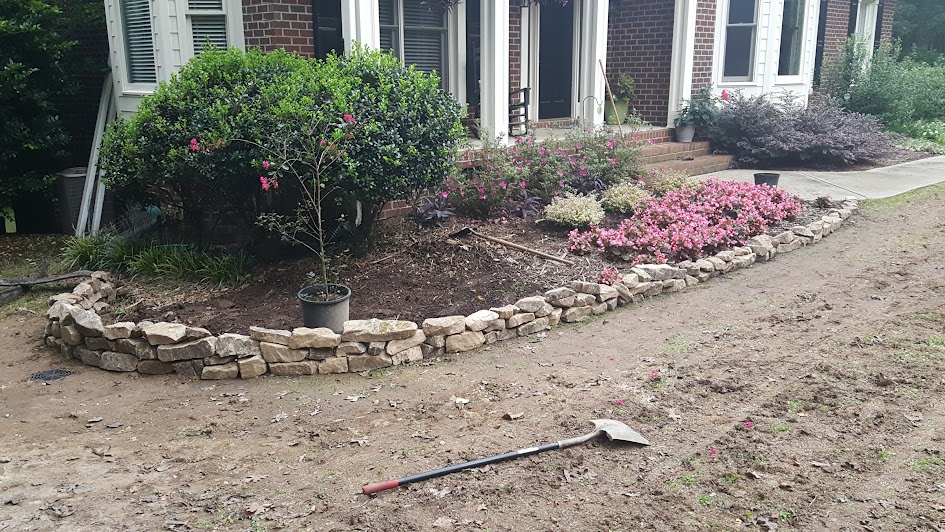 Once the wall was complete, we finished off by filling it with dirt. That wasn’t before someone decided to take a break though… 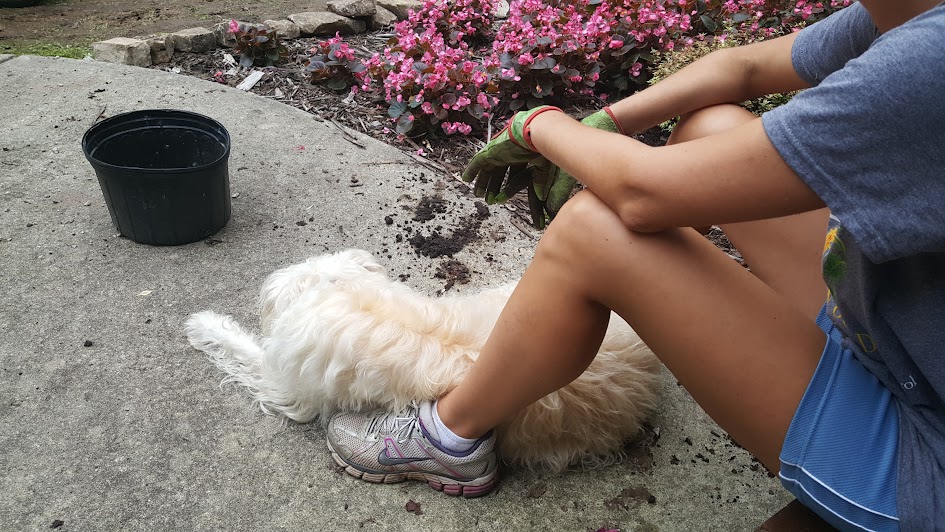 With the break over, we filled the bed and planted the tree.. with supervision of course. 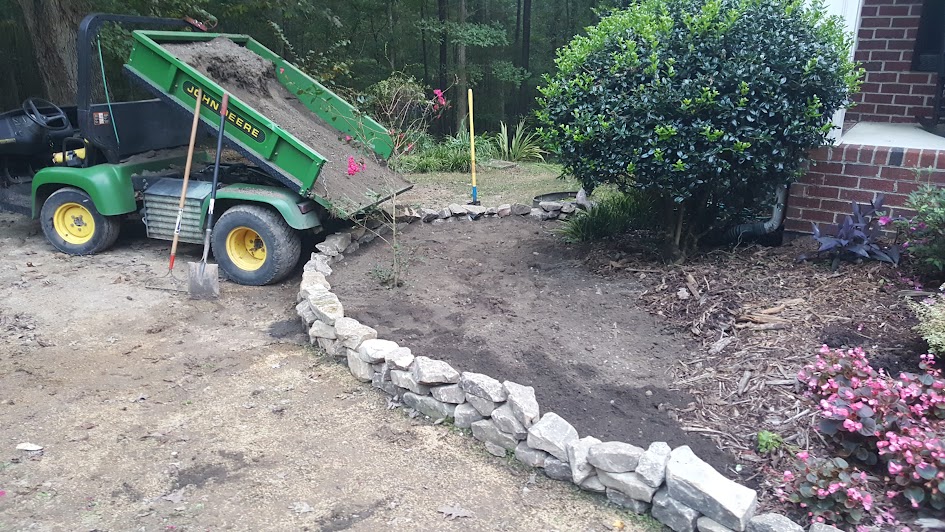 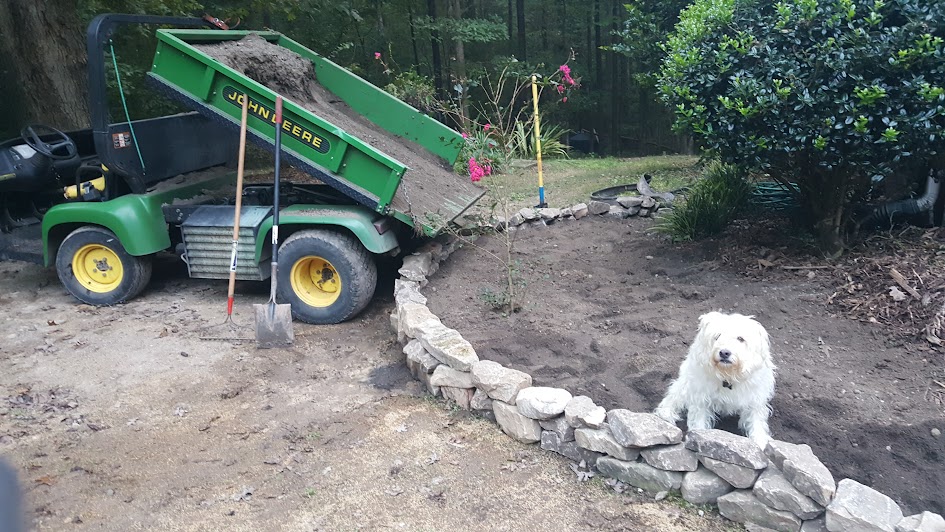 Why Life on a Dirt Road?

While I don't really live on a dirt road,I often do in my mind. While I love my job, my friends, and my church, there is a deep calling to stay connected with nature. I don't judge - some people love their streetlights and concrete, but I need balance. This blog has a collection of things I've build, projects tackled, moments I want to remember, and thoughts I figured I might share.

With Google+ plugin by Geoff Janes and Thorsten Hake